We are dedicated to achieving a fair and just society using the tools of education and political action. NYC ADA is the local Chapter, and reflects the liberal, labor agenda in New York City through its involvement in issues that affect quality of life for all New Yorkers.

Americans for Democratic Action (ADA), founded in 1947, is an independent liberal political organization dedicated to promoting individual liberty and economic justice, working to advance civil rights at home and human rights abroad, and promoting the general welfare in a world at peace.

ADA is a multi-issue organization, speaking out and acting on the topics of the day. These topics have ranged from support for civil liberties during the infamous McCarthy period to active participation in the civil rights movement of the 1960s and opposition to the Vietnam War, and in more recent times to equal rights for women, promotion of fair global trade policies, universal health care, and strengthening social security. ADA’s ratings of legislative bodies – particularly the US Congress – are well known and highly regarded.

NYC Americans for Democratic Action Officers and Board Members 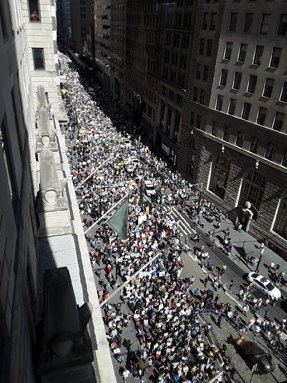